Mr. Lopart is one of the main characters who appears in Handy Manny. He is a citizen of Sheetrock Hills and he is the owner and manager of his own store, Mr. Lopart's Candy Store. His mom, Mrs. Lopart, and his nephews, Lyle and Leland Lopart, also live in Sheetrock Hills.

Mr. Lopart can be stubborn when it comes to doing repairs. The repairs that Mr. Lopart had done for his own broken items and other people's items usually won't stay fixed for a very long time. When Manny offers his help to check or fix his items, Mr. Lopart insists that he doesn't need his help. When Manny leaves, Mr. Lopart's item would usually break apart, much to Mr. Lopart's frustration. 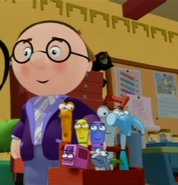 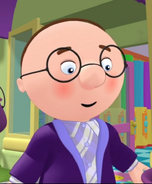 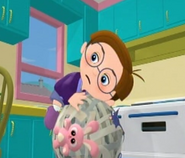 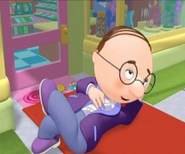 Add a photo to this gallery
Retrieved from "https://handymanny.fandom.com/wiki/Mr._Lopart?oldid=12164"
Community content is available under CC-BY-SA unless otherwise noted.